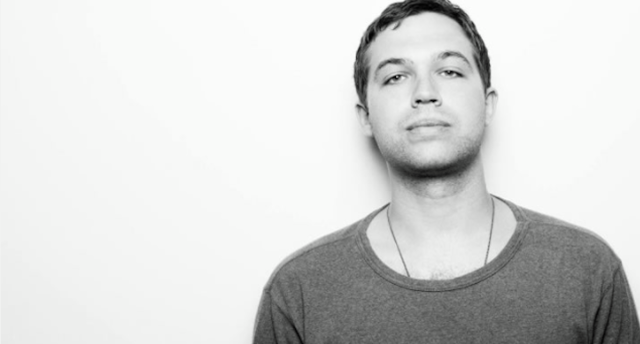 Mark Fanciulli only put out his first record in 2011. Such was the reaction to “The Tide,” though, that it was immediately apparent dance music had a new star. Since that debut on Joris Voorn’s influential Rejected label, Mark has gone on to become a taste making talent in his own right. Humble and hardworking, his mission is to create singular sounds that stand out both on the dance floor, but also at home, and he has continued to do that across the course of an assured run of EPs.

Chief amongst those are tracks like “Sacrifice” on Saved Records and a first release on Carl Craig’s globally acclaimed techno label Planet E. Inhabiting a creative nether region between house and techno, they are tracks that fill rooms with physical drum lines and lithe synths and never fail to make floors move. And it’s the same when Mark DJs: whether he is playing to thousands in Buenos Aires, enchanting underground crowds at Output in New York or breaking new ground in Singapore, he is a supple selector who reacts to the moment, feeds and teases those front of him and looks outside the norm for his weaponry. Crowds at influential parties like WMC, Sonar and Ministry of Sound will all attest to that.

2017 will bring with it a third EP for Joris Voorn’s Rejected Imprint, following releases on Planet E, Suara and his own label Between 2 Points, again confirming that Mark Fanciulli is an artist with skills, sounds and selections well beyond his years in the game.

We caught up with him to chat about his music, songwriting and the future…

Hi there, how are you and what are you up to today?
I’m good thanks. I am just in the studio finishing up some new productions and I’m also getting my music ready for my set at the “Bal En Blanc” festival in Montreal this weekend.

To those not familiar with you, how would you describe your sound?
Across the board House & Techno. This is what my label “Between 2 Points” stands for.

Which other artists are you into at the moment and why?
Truncate. His stuff is so raw and original.

Are there any key pieces of equipment that you are using to define your sound?
I use the Jupiter 8 plugin on a lot of my productions. It is great for an array of sounds whether it’s bass, pads or strings.

What would you say some of the challenges artists face today in the music industry?
The fight to stand out and move forward. The entertainment industry has always been like this but in our sector it has grown exponentially.

Where do you gather songwriting inspiration?
A lot of my productive juices flow when I’m travelling, whether it’s on a plane, train, or in a car. I released a track on Carl Craig’s Planet E imprint a few years ago called “Helsinki”. That’s because I was on a flight home from there whilst writing it.

Take us through your songwriting process. Are there any particular steps you take when putting your music together?
When I usually start work on a new record I like to work on the groove first, whether it’s the bassline or lead hook. I will load up some very simple drums just as a guide and work it from there.

What’s the best gig you have ever done and why?
Tough question, but I recently played at The Social Festival in Bogota and that was unreal. It was a real pinch yourself moment playing to thousands of people in a hangar out in Colombia.

And the worst?
Hahaha, I won’t share that one as I wouldn’t want to embarrass the promoter.

If you weren’t a musician what would you be?
An Accountant or maybe even a Pilot.

Do you have any particular gigs or festivals that you dream about playing?
All the time. There’s lots of things I would like to do and as you tick them off there’s a big satisfaction. One event that I would like to play at is Movement in Detroit.

If you could perform alongside any other band or artist, living or dead, who would it be?
I would pick Laurent Garnier. He’s a genius behind the decks and always delivers. He’s the DJ’s DJ.

Do you have any information regarding upcoming releases, projects or gigs in the pipeline that you would like to tell us about?
I currently have a remix out of my friend Zoo Brazil which demonstrates me doing the more Housey side of things and I also have an EP out on Argentinian label Rules which is the other side of the spectrum. Gig wise I’ll be in Canada this weekend and June will be spent across Europe including shows at some of my favourite venues such as Culture Box in Copenhagen and Cafe D’Anvers in Antwerp.