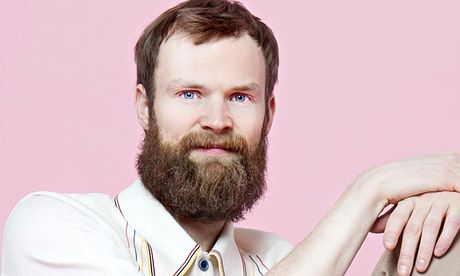 In a bold reversal of the traditional way of doing things, Todd Terje has put out a remix EP of one of the tracks from his upcoming album, recruiting the talents of industry giants Four Tet and Prins Thomas in the process.

The new 12-inch will feature two versions of the track “Jungelknugen”, and will come out on Terje’s own Olsen Records label on February 24th.
As Terje’s press machine puts it, “After the show, it’s the afterparty and before the album it’s the remix single! That’s right folks, the Todd is back, bucking trends and shucking conventions to bring us two tip-top reworks of an as-yet-unreleased original.”