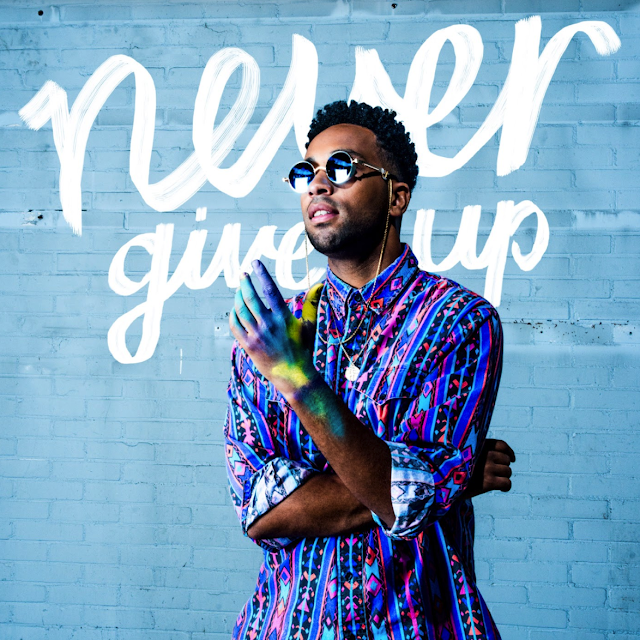 Cimo Fränkel is causing a stir with his debut solo single ‘Never Give Up’ which was released on the 13th October. The young singer, songwriter and producer has already written multiplatinum hits for Cheat Codes & Kris Kross Amsterdam – the track ‘Sex’ has almost 450 million Spotify plays to date, going Gold in the USA, double Platinum in the UK, quadruple Platinum in the Netherlands, and gathering 7 more Platinum awards in other countries.
Fränkel’s inherent music ability is partly due to being raised within the DIY ethos of funk culture. His father was a musician and encouraged Fränkel to create music and craft his own musical identity. Cimo started experimenting with music production as a teenager and soon became more than adept at every facet of the creation of pop music.
Thus, with the release of Never Give Up,’ Fränkel is more than well versed – and ready to rock the scene. In spite of a having to rebuild most of the song after losing data to a computer crash (including the vocal takes) Fränkel is more than happy with the end result.
‘Never Give Up’ invites the listener on a seductive, yet groove-fueled journey across sun-kissed cityscapes. A level-headed bass guitar strolls in alongside clicked percussion, as Cimo’s crisp vocals kick in – the atmosphere brightens beyond belief, proving that this may just be your next favourite thing.
iTunes – Spotify
Website: http://www.cimofrankel.com/
Facebook: https://www.facebook.com/cimofrankelofficial/
Twitter: https://twitter.com/cimofrankel
Soundcloud: https://soundcloud.com/cimofrankel
Youtube: https://www.youtube.com/user/Cimoso