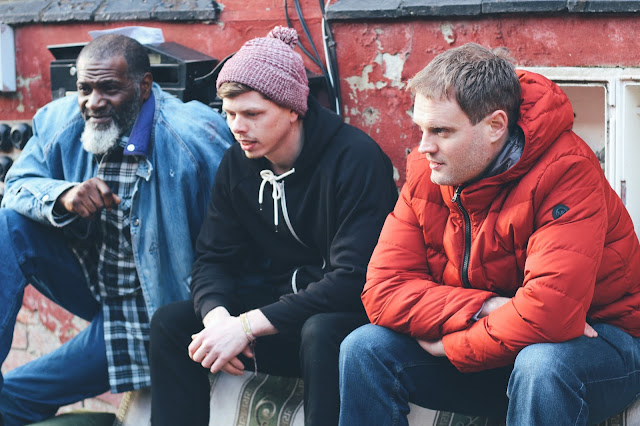 The upcoming track “Alright (feat. Afua)” is taken from the new EP Alright and is scheduled for release on February 24.

The pacey track launches straight into cut samples of Afua’s soulful vocals and jazzy stabs, with the characteristically subby dancehall bass coming in soon after. The track is perfectly mixed for the dance environment, with gating and compression techniques creating an ideal balance between sound and silence, and a powerful reminiscence of solid 90’s electronica.

The UK based trio first formed in 2014 when producer Zurcon and frontman Rob Sparx discovered their mutual interest in drum and bass, dubstep, grime and dub studio sessions.

They first performed on RINSE FM DJ Marcus Nasty’s show in February 2016, and their debut EP Smile which received heavy support by Toddla T, BBC Radio 1 and DJ Monki, was co-written by fellow producer Prangman and released by Affectionate Grooves.

Says Kachina of the new track: “The title track “Alright” is an uplifting feel good tune with a happy vibe that takes you back to the classic 4/4 UKG sound but with a big BIG bass which keeps switching tone every 8/16 bars along with some lovely gospel-influenced vocals from Afua. The tune gets busier as it progresses with more drums, stab layers and vocal harmonies until it forms a much thicker, heavier and funkier sound towards the end.”

Their follow-up track “Waiting For You” will be released by Affectionate Grooves later in 2017.

Have a listen to the new track “Alright (feat. Afua)”