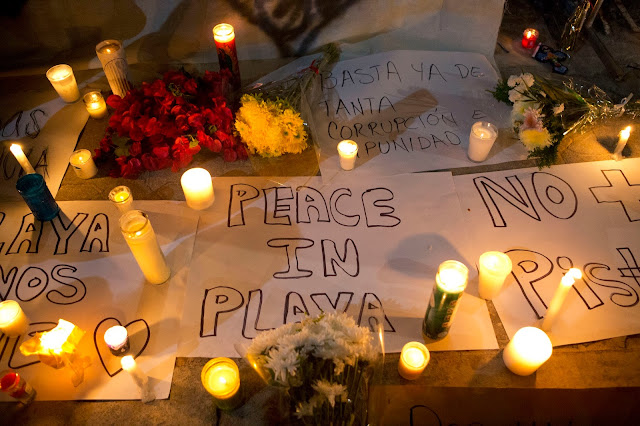 The tragic shootings at the 2017 BPM Festival closing party in Playa del Carmen – which saw 5 people lose their lives – have prompted the mayor of the Mexican resort town, Torres Gomez, to declare: “”We want these types of events to go. We won’t allow one more.”

Speculation is rife about the involvement of cartels in the attack, which took place at the Blue Parrot nightclub at about 3am on the 16th of January. Unconfirmed reports state that one of the area’s drug cartels has claimed responsibility for the shootings, even displaying a banner that directly addresses Phillip Pulitano, the festival’s co-founder.

Praying for everyone down at #BPM right now. Music should unite us, this should never happen. #RIP to all the victims of this shooting 💔😭

Fans around the EDM world have reacted with shock and sadness to the news, and a flurry of debates surrounding festival culture have sprung up on message boards and social media platforms.