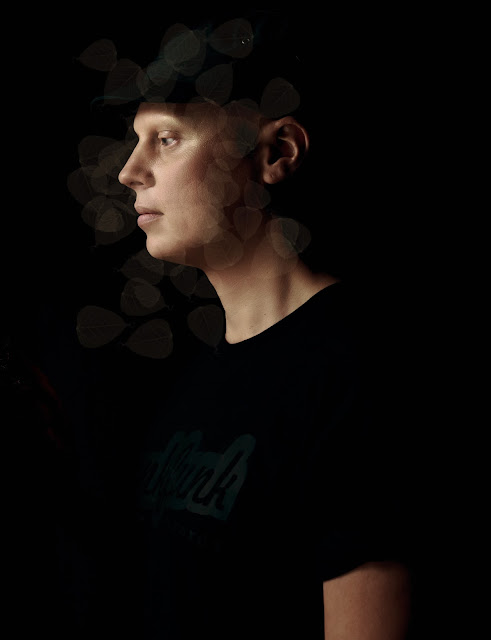 We caught up with Berlin-based, Gothenburg-born Fredrik Nyberg aka NIBC who has long been a key player on Sweden’s music scene. The last years have witnessed NIBC going from strength to strength as a producer, DJ, collaborator, remixer, promoter, and label head of Trunkfunk Records.

His recent smash house hit with “You Let Me Go”, was snapped up by Ministry of Sound and saw support by Youtube channels Eton Messy and Selected.

Hi there, how are you and what are you up to today?
All good, thanks. Currently sweating out new music in my studio during a heatwave in Berlin.

To those not familiar with you, how would you describe your sound?
Usually melodic influences and driving rhythms with roots in 90s sounding house & techno.

What are the 5 albums that have influenced you the most?
Daft Punk – Homework
Ian Pooley – Meridian
Pharcyde – Bizarre Ride II the Pharcyde
N.W.A. – Straight Outta Compton
The Prodigy – Experience

Which other artists are you into at the moment and why?
Kaytranada – I’ve always been a fan of his productions, beats and chord progressions. The 99.9% Album is amazing!
Man Power – love the new EPs on Correspondant and ESP.
Avalon Emerson – her last EP on Whities is sooo good.
Midland – such an amazing producer and DJ. Really love his Graded and Re-graded releases.

Are there any key pieces of equipment that you are using to define your sound?
I mainly make everything inside the box nowadays. I use my SH-101 and Juno 106 sometimes and for beats I really like Native Instruments Maschine & Battery.

What would you say some of the challenges artists face today in the music industry?
All the saturation makes you have to work a lot harder to cut through the noise. Also it’s a lot more about marketing and building your profile. When I started getting into house & techno I had no idea what most of my heroes looked like.

Where do you gather songwriting inspiration?
I do a lot of digging for music in my own collection and in record stores. I also get a lot of inspiration from travelling both in Berlin and around Sweden.

Take us through your songwriting process. Are there any particular steps you take when put music together?
Lately I’ve been starting to make the basic song structure without any beats or just adding some a kick from an old track and then removing it to lay down the drums after I have the main lead sounds of the track. I also play around with the tempo to get a different feel for the track. I try to work fast and take breaks often. Also switch between a couple of tracks at the same time so my ears doesn’t get tired of the song.

What’s the best gig you have ever done and why?
It’s very hard to choose one. But top 5 would def be the Toy Toy night in Johannesburg recently. Really good VOID sound system and amazing dedicated crowd.

And the worst?
I try not to remember the bad ones. Probably somewhere the crowd and booker had different ideas on what was going to happen. I’ve been kind of spoiled over the years, so luckily not a lot of bad experiences.

If you weren’t a musician what would you be?
I was working with computers for a while after college. So I’m guessing something in that line of work.

Do you have any particular gigs or festivals that you dream about playing?
Many! Would be fun to play the Burning Man festival and Berghain someday!

If you could perform alongside any other band or artist, who would it be?
I have the most fun when I play with people I know. Like going b2b with my old friend Jonas Rathsman or one of the other resident dj’s I’ve been doing club nights with in Sweden have always been a blast.

Do you have any information regarding upcoming releases, projects or gigs in the pipeline that you would like to tell us about?

I’m working on a secret new alias & label – maybe someone will figure out what it is when it gets released this fall. Also some new releases in the pipeline on Trunkfunk. I’ve just released a track called ‘The Bridge’ on Get Physical Music. There is a lot more music coming out soon!
Follow NIBC: