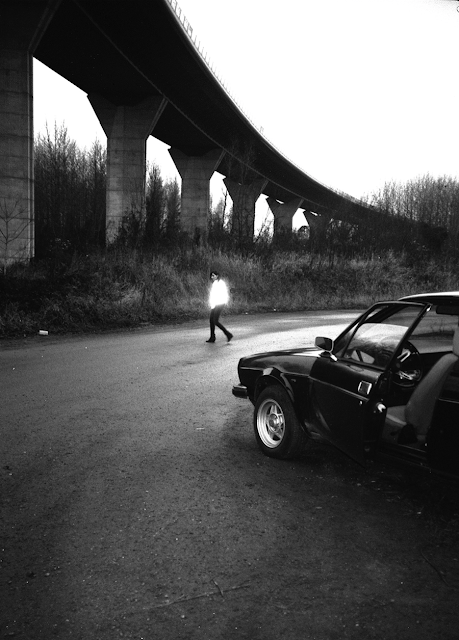 Maud Geffray will be releasing her fantastic new debut album on May 12th.

A part of the Scratch Massive duo since 2003, the French producer has indulged her own musical tastes and influences with this solo project. Fusing electro, synth and pop styles into absorbing tracks that are filled with a nostalgic charm, the album also features a track by acclaimed producer Flavien Berger.

We caught up with Maud for a chat, ahead of her release….


Hi there, how are you and what are you up to today?
Well, I just moved yesterday to  a new area of Paris. More quiet with a beautiful view from my flat. I feel good.

To those not familiar with you, how would you describe your sound?
Pop, electronic, emotional, a dark mood with a bright touch.

What are the 5 albums that have influenced you the most?
Aphex Twin / Ambient Work
Autechre / Amber
Depeche Mode / 101
Grimes / Visions
Burial / Untrue

Which other artists are you into at the moment and why?
Grimes, Fatima Al Kadiri , Amnesia Scanner, Voiron. I like the sound they have – the emotion, the feeling.

Are there any key pieces of equipment that you are using to define your sound?
I use synthesizers. I love the Korg Wavestation and the Korg Minilogue. I use a lot of plug-ins too.

What would you say some of the challenges artists face today in the music industry?
There’s less money in music industry, so you have to be involved in all parts of your musical project, I think. You can’t wait for somebody else to take care of everything. You have to be aware and maybe oversee more than just your music.

Where do you gather songwriting inspiration?
In my life and in my personal experiences

Take us through your songwriting process. Are there any particular steps you take when putting your music together?
I always begin with a melody. I need to be totally in a musical mood. It’s about sensations first, then I put voices inside this mood. It can be pieces of voices only, sometimes not completely understandable but I  can write some understandable words too. But it’s never the text before the music.

What’s the best gig you have ever done and why?
The Moma PS1 in NYC, it’s a fantastic venue in a museum in The Bronx! In summer!

And the worst?
When you don’t get to the party due to airports and plane problems. The worst parts of our job.

If you weren’t a musician what would you be?
No idea. Maybe I would be some kind of artistic director, listening to the music of other musicians, giving my opinion, some directions, helping  and being involved in their process.

If you could perform alongside any other band or artist, living or dead, who would it be?
I would choose to play with Philip Glass, even if I was totally unable to actually do this.

Do you have any particular gigs or festivals that you dream about playing?
No, sometimes you play in a little venue and it’s just a crazy moment, and sometimes a famous one you were waiting for  turns out to be very impersonal.