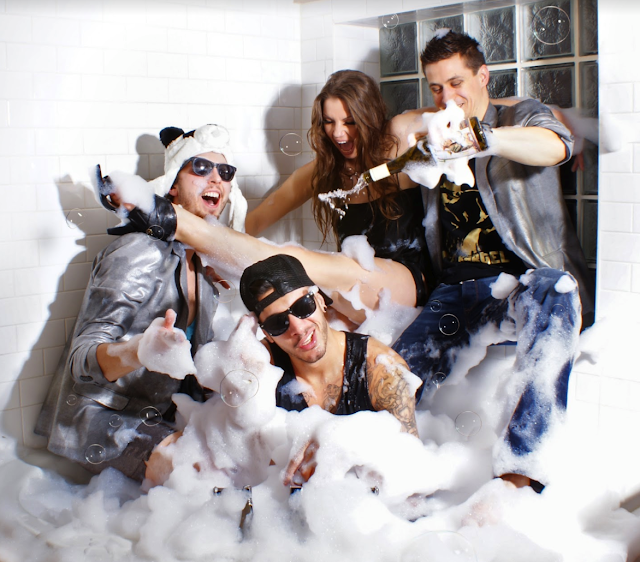 “Champagne Bubbles,” the new single from Vancouver electronic trio DiRTY RADiO,  will be released on the 26th May via 604 Records.

DiRTY RADiO began as the solo project of singer/keyboardist/percussionist Shadi, who released the album debut in 2010. The project quickly evolved and took the shape of a three-piece live band, including Waspy (drums/keyboards/production) and Tonez (keyboards/mixing).

The new single ‘Champagne Bubbles’ delivers a gratifying pop punch – driven by a hypnotizing trap beat, seductive synth-tangled grooves, and then neatly packaged and delivered with a lip-licking smile. Chock-full of NSFW lyrics, the track explores electronic dance music and pop while retaining a style that is entirely unique.

“We’re making music out of our own studio, by ourselves, and we’re performing it ourselves. We just want to write incredible songs and try to change the sound of music.” says Waspy. And with the release of ‘Champagne Bubbles,’ it is clear that this trio is on their way to doing just that.