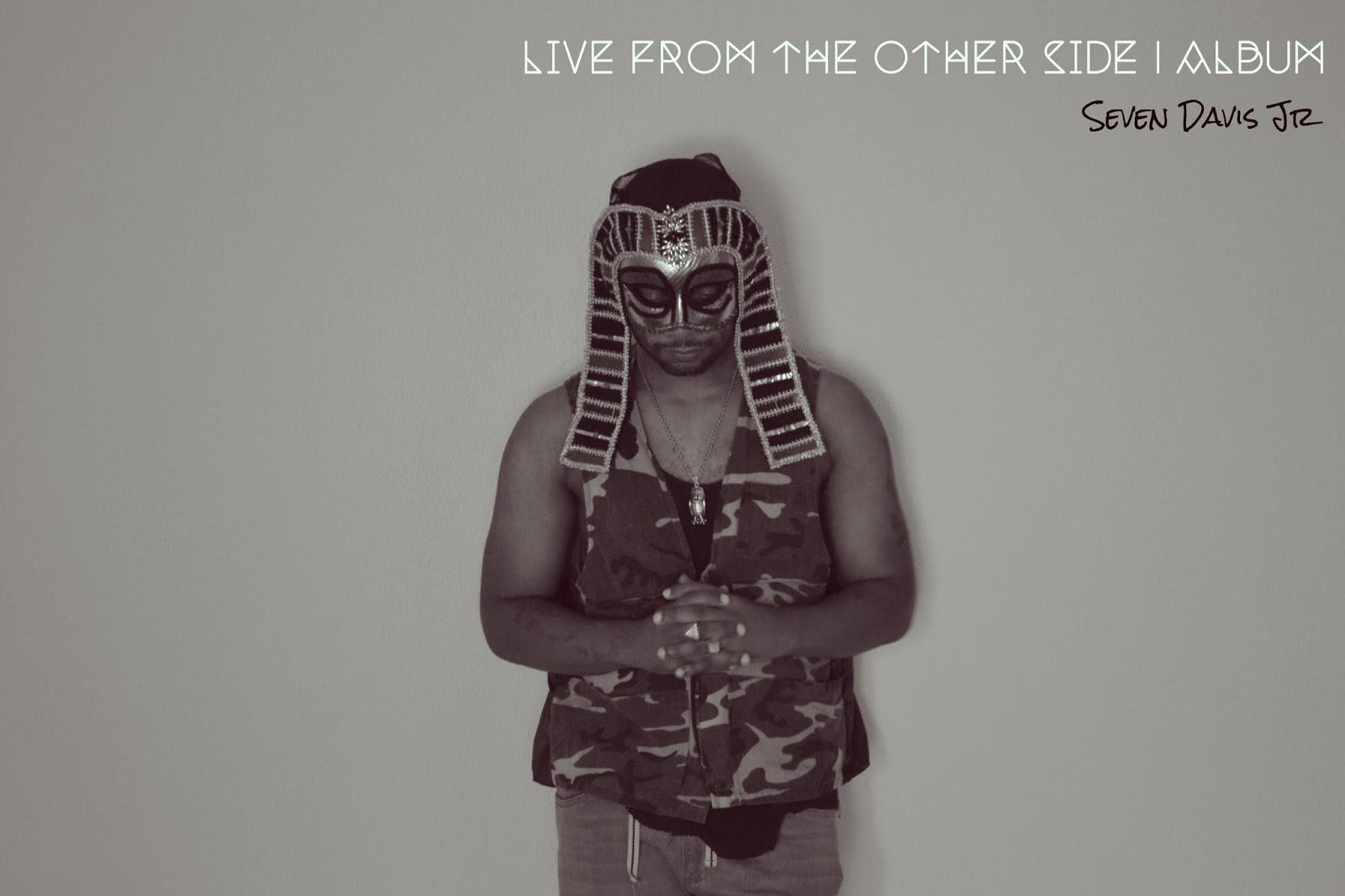 Something about Seven Davis Jr catches the scout’s ear. Perhaps it’s the the hypnotic, oratorial vocal delivery a la Green Velvet, or the fact that the self-styled vocalist-DJ’s fairly unique production style has already set him his current tour around Asia. We grab him somewhere between Tokyo and Seoul to catch a few words.

Currently I live in Los Angeles. Previously I lived in London for 4 years. When I’m in LA, it’s kind of my refuge, so I lay pretty low and am rarely seen. But at the moment it appears the Los Angeles scene is experiencing a huge rebirth in all of its creative areas. Really exciting.

Tell us a bit about how you got started?

Grew up in the church. Originally wanted to work in the gospel industry but found it to be shockingly violent and pretty corrupt. Then I began studying jazz and wanted to be in the jazz industry which lead me into soul and R&B. At that point, I began to be groomed for the mainstream industry.

From my past experiences and interactions in those many different industries I established a kind of behind-the-scenes presence. People started coming to me to ghost write, ghost produce, sing backing vocals and so on. Around that time, I went into a deep dark depression as a result of abuse which lead to a pretty bad drug habit. I actually don’t remember anything from those times and sadly, a lot of the ghost work I did was used without giving me credit.

Anyhow, after I got sober ultimately I decided to start working on my own music full-time and to no longer keep it secret or in the background. For a few years after that decision I was shunned and kind of blacklisted. But then later, people started listening to my old music and I was able to rebuild to where and who I am now.

For those unfortunate souls that haven’t had the chance to listen to you yet, how would you describe it?

What’s your process when selecting music for a show? Where do you find your stuff?

Being a singer, producer and DJ, all my shows are completely different from each other due to my wide range of fans.

So currently, I perform my songs live in clubs when amongs the more loyal type of listeners. Then I DJ when I’m with fans who perhaps are unaware of my singing career.

Live performances include all my tracks. DJ sets are my tracks plus new, unheard music and classics. Labels and artists send me new releases literally every day, which I’m so grateful for and really happy to introduce in my sets, when the audience is open to it.

Can you talk us through your production process?

Well it’s very random and spontaneous. I prefer to work in my own home studio for that reason. If I get an idea at 3am, I’m not trying to pay nobody to record it. Also, I like the intimacy of home studios.

But with my recent sophomore album, the music first appeared in melodies and lyrics. I quit smoking weed (started vaping instead) and that opened up and repaired whole new levels in my vocal range and abilities.

So I spent time doing vocal warm ups and retraining myself. In between those moments, these melodies started popping into my head, then lyrics, then background harmonies, then instrumentals. Once I tap into the energy, the music literally tells me what to do next.

Who are your biggest musical influences?

These days I tend to be inspired by other kind of underdog vocalists and songwriters like myself. Sia, Lady Gaga and Frank Ocean for example. I’m a big fan of songwriting and am moving more in that direction.

Can you tells us your top 3 favourite tracks ever? (Sorry, we know it’s tough!)

D’Angelo – “How Does It Feel” written by Prince
Smokey Robinson – “Tears Of A Clown”
Radiohead – “Motion Picture Soundtrack”. If you ever want to see me cry uncontrollably for every and no reason at all, just put that song on and watch.”

What would you say is the best set you’ve done so far?

It’s all been experimental, in my opinion, I do my best with the situations I’m put in that’s for sure.

Any funny moments you remember from backstage or on tour?

In the past when I first started touring, people would run up to me and be like “OMG ARE YOU KAYTRANADA”? Then when I told them I wasn’t they would walk away from me all pissed off. I didn’t mind it because Kaytranada is awesome.

If you could support one act, dead or alive, who would it be?

So many to pick but straight up, it would be Prince.

Does your inspiration usually come randomly or do you manage to summon it?

Gratefully I can say, I have no shortage of inspiration. Many things in life strike a chord with me and I channel all of it into music. I’m actually going to rebirth my ghost writing & production in 2017 for this reason. I have so much to offer and want to contribute to the community, not just my own musical career.

Do you have anything exciting coming up that we should be looking out for?

In 2017 I’ll be introducing a live band and transitioning into more concert performances. I’ll no longer do club tours as a DJ but will occasionally DJ for special occasions.