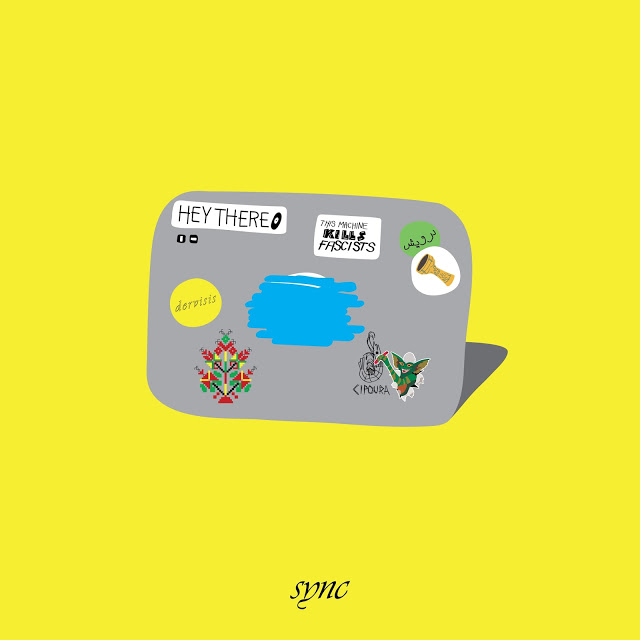 Dervisis releases new single titled ‘Sync.’  Previously releasing music under the name of Kid Flicks from 2010-2017, he has  now traded this in for his given name, seizing each moment and demanding the future. The song was premiered by tastemaker publication CLASH Mag. “During his time as Kid Flicks, Dervisis performed at festivals such as Glimps (2015) in Belgium alongside Bill Ryder-Jones and Hiele, Fengaros (2017) in Cyprus alongside Fantastic Negrito, Bombino and Xylouris White, Eurosonic (2017) in the Netherlands alongside Dua Lipa and Alma. Dervisis has also had the privilege of sharing the stage with eclectic artists Slow Magic, Craft Spells and A Hawk and a Hacksaw, as well as receiving substantial support from prolific publications such as Clash Magazine, The 405, DIY Mag, Impose Magazine and CBC Arts.”

Nikolaos Dervisis is an experimental artist who uses an array of techniques to transform his sound and “has been dubbed a “musical chameleon”, introducing the use of darbuka pattern (an Arabic percussive instrument common among Balkan and Middle Eastern music) inspired beats amidst lush electronics and soulful vocals. Having done remixes for producers such as Tendts and Liphemra (aka Phem), released two homemade LPs released by Greek label Inner Ear Records as well as a third and final self-titled album on Klik Records in 2016 respectively.”

The producer hails from Athens, Greece, Nikolaos Dervisis and grew up on an array of musical  influences, “playing his first gig at an anti-war anarchist festival before diving into the experimental musical realm. After performing together with a few bands in his early years, Dervisis soon realized where his true calling was. After receiving a BA in Graphic Design, he then started to experiment between his hometown of Athens and whilst staying in London, by building up an archive of unheard material, and soon after, earned himself a Master of Music degree at Goldsmith, University of London. Influenced by a multitude of different genres and emotions from the electronic throbs of Burial to the soulful stirs of Stevie Wonder, from the stylings of Turkish percussionist Okay Temiz, right down to the experimental quirks of Sun City Girls.”

Characterizing himself as a ‘musical nomad’, Dervisis produces music with his laptop in different places where he feels most comfortable and can be stylistically compared to Nicolas Jaar, Grimes or Mica Levi, “with his sample heavy, vocal processed, electronic-pop antics. Inspired by global pop culture and Eastern Mediterranean influences in a world where both can co-exist, Dervisis has embraced this notion further by pursuing his own brand of ‘Eastern Post-Pop’ music.”