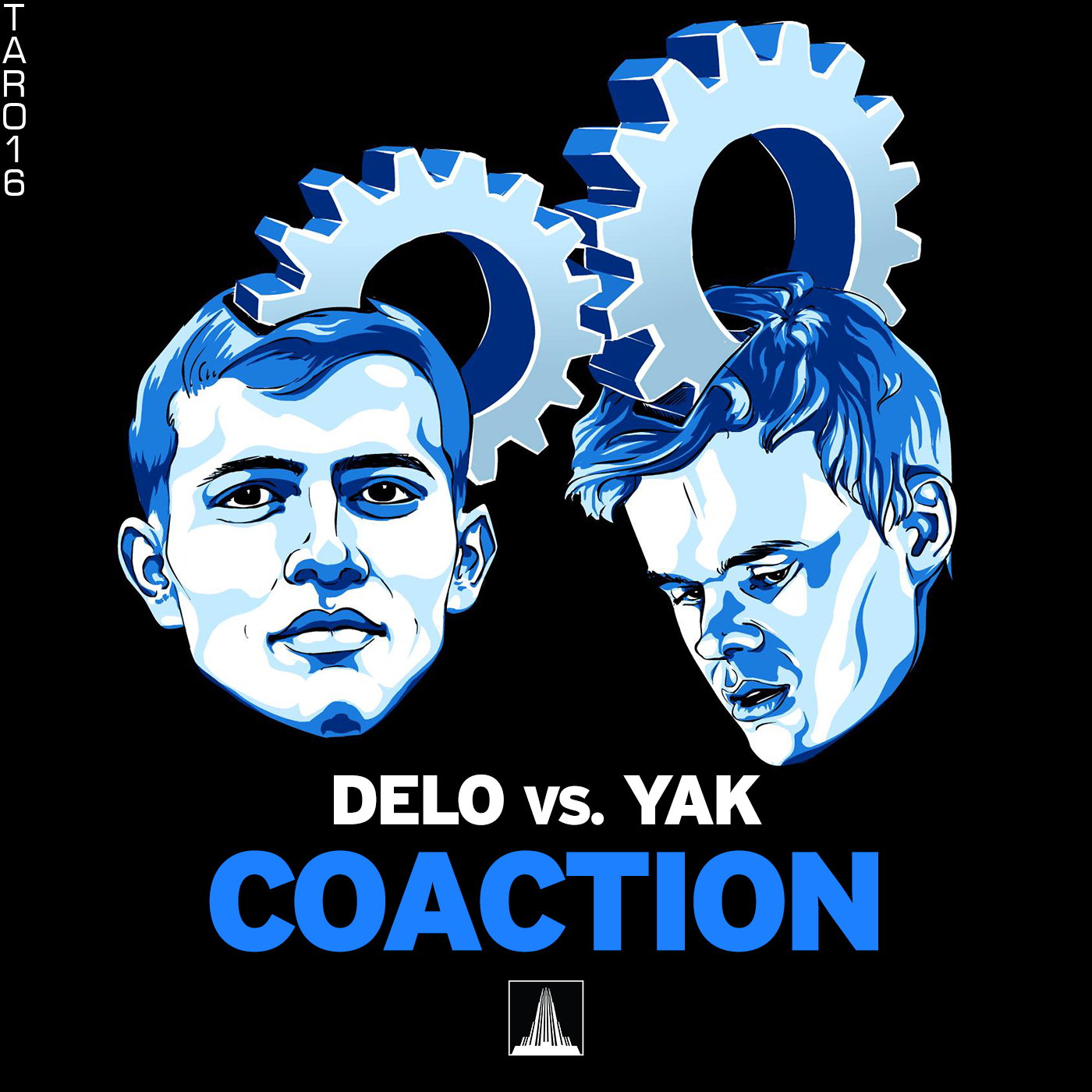 Delo vs Yak has announced the release of their newest collaboration, “Coaction”. The 4-track split EP is a product of tracks individually created by the two artists and released in a shared collection.

In the span of a single year, John De Lord (PKA Delo) has seen support from the likes of Dusk & Blackdown, Addison Groove and the Swamp81 fam, and opened for the likes of Dillinja and Zinc. Synchronously, John Randall (PKA Yak)’s tunes have graced the sets of Dusk & Blackdown and Loefah as well, plus those of Hodge, Paleman, Plastician, Lamont and Troy Gunner (to name a few), and he’s shared the booth with the likes of Call Super, Walton, Alex Coulton, Palms Trax, Ejeca and Dark Sky. This well-earned good will surrounding the two Johns at the moment is enheartening; the fitting buzz almost palpable – both indicative of the continued health and recursive growth of the wellspring that is “the UK sound”.

Delo’s “S-Wer” is a skeletal, syncopated 909 workout punctuated by namesake onomatopoeic vocal cuts, sporadic sub pulses and bubbly percussive trills. Never before (outside the realm of yesteryear minimal techno) has a track done more with less.

Moving on, Yak’s “Anju” is a steppy ting, starting off as a stripped-back soulful garage number, before shifting gears into a bassline-driven belter riddim. As said bassline strobes and slithers along, Yak gradually brings back the funk and soul, expertly balancing heft and poise with almost jazz-inflected flair. One of those rare day & night tracks – equally effective in the club, at home, and on the way to and from.

Delo retakes the lead with “Hades”, a serpentine, cone-tearing blend of Shackleton-esque, halcyon-days dubstep and contemporaneous club rigueur. This murky, plutonic invocation moves forward with a gait that’s as graceful as it is ponderous – nigh-hypnotic in its Afrofuturist vocal juju.

Yak rounds out the split with “Magg” – a drum tool so clap-happy it almost seems like it’s applauding itself in real time as it rolls along… and the applause is well- deserved, as its baroque percussive anatomy is reminiscent of a batucada, in its festive ebullience.

Mastering by Liar and Allmostt. Artwork by Maria Istrate and Liar.