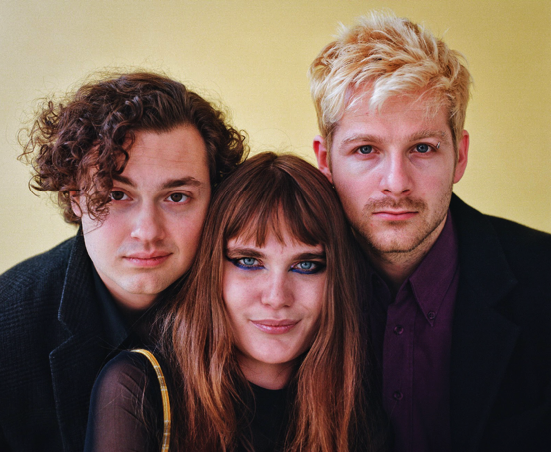 After releasing their debut album ‘Rhinoceros‘ last February and having received widespread approval on both the airwaves , Manchester-based band CALVA LOUISE have unveiled their explosive new single ‘Belicoso’.

Taken from their upcoming EP ‘Interlude for the Borderline Unsettled‘, the band has taken a slightly different path from their indie sound to pursue a more alternative endeavour.

Meanwhile, Clash and DIY have hailed them as rebels with a cause and Fred Perry selected the band as their ‘Best New Music’. Summoned to support Albert Hammond Jr, Spring King, The Blinders and Hunter & the Bear on tour, 2018 has seen the trio leaving a trail of beautiful destruction from London to Glasgow, which only looks set to continue in 2019, having supported Razorlight on the German leg of their tour in February, a full run of UK headline shows in March, supporting The Maine all around Europe in early April and going on tour all over the UK with Strange Bones in June.