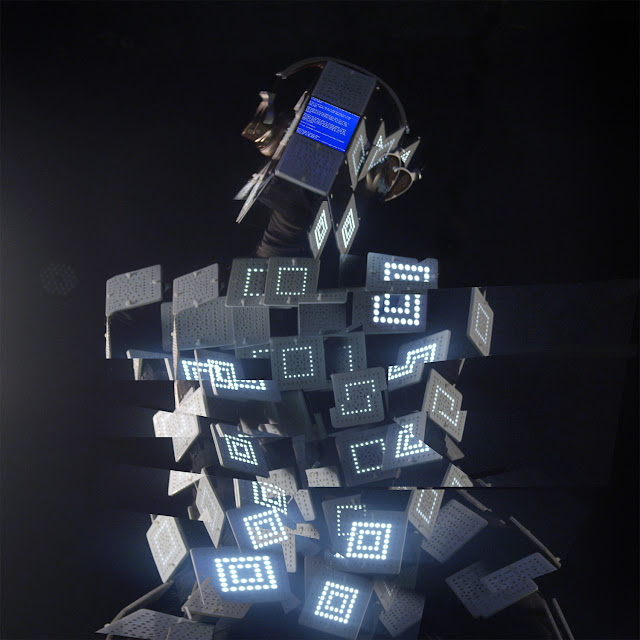 “Human.exe” is the new LP taken from cyber-futurism experimental electronic artist Alexey Devyanin aka Pixelord slated for release on the 9th September whilst the first single will be dropped on the 5th August via Hyperboloid Records. Pixelord has played at Berghain, Talinn Music Week, Electric Castle alongside The Prodigy, State-X New Forms with James Blake and Dark Star and toured the US and China extensively.
Described by Resident Advisor as chameleonic, due to his diverse range and ability to conjure such unique sounds and characteristics, Moscow’s Pixelord takes things even further with latest LP “Human.exe” delivering soundscapes of a dystopian future echoing otherworldly sounds tailor-made for Chris Cunningham and science fiction cult classic “Blade Runner”. Drawing influence from the likes of Aphex Twin, Mark Pritchard, Clark and LORN, the LP is tough and touching in the same breath using his cyborg ‘Human.exe’ to express his emotions, creating robust rhythms merging elements of bass, IDM and future beats.
Alexey explains: “‘Human.exe’ is about a robot who wants to be a human but still he is a program, exe file. The video will be about this particular robot too. My music was always retro futuristic and nostalgic about old computers and systems, this time as well .exe is the reference to my childhood, Idm music, DOS programs and cyber romanticism.”.
Human.exe’s Tracklist:
Gear Soul
Operator
Chrome Tears
Machina
Robo
Telepathic
Metal Mutant
Fix Me
Escape
Exo Club
Axis
Human 10