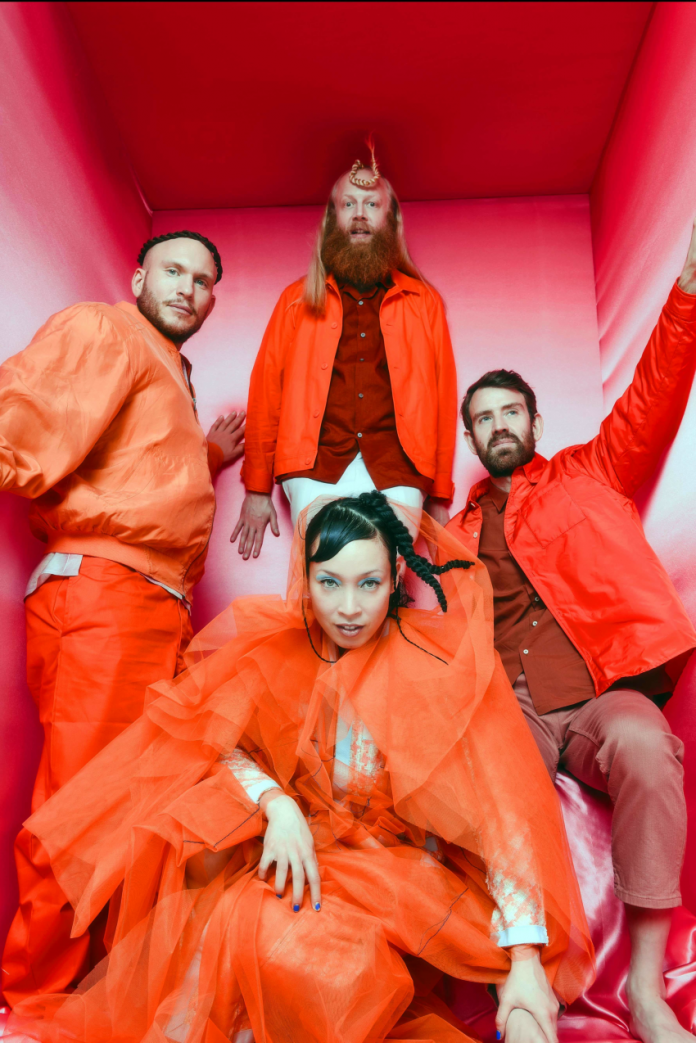 Little Dragon release new single ‘Are You Feeling Sad?’ featuring the Grammy-nominated Colombian-American singer Kali Uchis, ahead of their headline show at London’s O2 Academy Brixton on 26th March and the release of their new album “New Me, Same Us” on 27th March on Ninja Tune.

Having lent their own inimitable sound to many high-profile collaborations over the years—including Gorillaz, Mac Miller, Flying Lotus, BADBADNOTGOOD, SBTRKT, Flume, KAYTRANADA, Big Boi, De La Soul, DJ Shadow, Tinashe, Future and many more—it is not often that they open up their own tracks to outside influences, with only a handful of featured artists appearing on their own productions. “We are super excited Kali features on this track.” say the band, “all of a sudden at the end of last year, this version appeared in our emails like a beautiful Christmas gift. She put her twist on it and gave the track an amazing energy. Did we mention we also love her?!”

“New Me, Same Us” is entirely self-produced and recorded at their long-term home-built studio in Gothenburg—the city where they formed at school and have played together ever since. It’s the sound of a band going back to basics and falling back in love with their instruments: drums, bass, keyboards, harp, guitar and voice, to produce some of their most focussed and inarguably best music to date. Fronted by the enigmatic and much loved Yukimi Nagano, with multi-instrumentalists Håkan Wirenstarnd and Fredrik Wallin on keyboards and bass respectively, and Erik Bodin—when he’s not training to be a champion speed skater—on drums and percussion. They are a band with a rich history, from living together in a communal squat-cum-recording studio in central Gothenburg in their teens—selling strawberries and driving trucks to make ends meet—to sustaining a global, decade-spanning touring career which has seen them perform at some of the world’s most revered festivals such as Coachella, Glastonbury, Bestival, Lollapalooza, Melt, Dour and Sonar Festival, as well as recently co-headlining a show with Flying Lotus at Los Angeles’ Hollywood Bowl. They are a band who are proudly left-of-centre and fiercely protective of doing things on their own terms.

Having recently got in the studio with hotly-tipped photographer Mous Lamrabat to produce the single’s accompanying press shot, the band continue a long history of working with some of the best creatives in the worlds of art and and design, including David Uzochukwu (Dior, FKA Twigs, Pharrell, Nike), who has produced a limited edition photobook which will accompany the release.