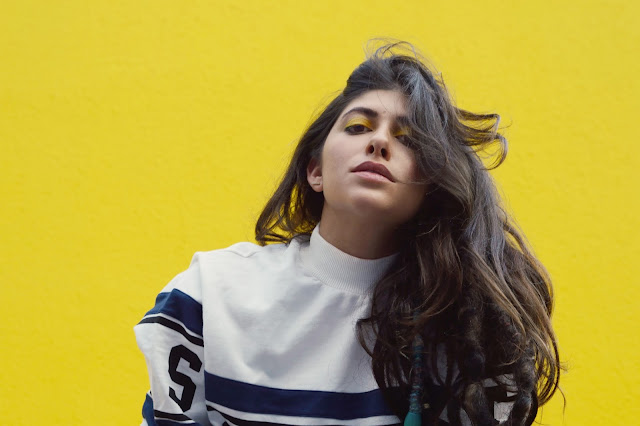 Los Angeles-based indie-pop artist Ryder is set to release her new single ‘Nirvana’ on the 17th February via her own imprint Ryder Records. Racking up over 10 million plays on Youtube already, Ryder has also made incredible impressions on Spotify, with her anthemic second single “Ruins” charting at #10 on the Spotify’s US Viral Charts and #30 on the Spotify Global Chart. No stranger to Hype Machine’s Top Ten, all of Ryder’s singles have risen to the top of the chart (the most recent “Ruins” BKAYE & Ben Maxwell Remix resting at the #2 spot). Summing up over 5 million streams on listening platforms, with ‘Pretty Little Gangster’ reaching over 1.1 million plays on Spotify, Ryder has also received previous support from major YouTube channels Mr Suicide Sheep and Mr Revillz. Deep Chills‘ remix of “Fade Away” has surpassed 1 million plays on Soundcloud, and the BKAYE & Ben Maxwell Remix of “Ruins” is fast approaching the same figure. ‘Nirvana’ will be premiered by BILLBOARD alongside a Billboard live session on the 26th of January 2017.

The high-pitched opening vocals of ‘Nirvana’ set the stage for a slow, grooving and richly nuanced future pop track. Ryder’s obviously organic vocal talent is explored deeply, and progressively thick reverb creates a swirling, misty atmosphere for the persuasively well chosen selection of synth sounds. Simple, unobtrusive melody sits at the right balance of catchiness and originality, and the metaphorical subject matter of the lyrics reflect the workings of a soul exploring the deeper meaning of the music.
On ‘Nirvana’, Ryder says, “The release is exciting for me because it feels like a door opening to more new things you will hear from me. I’ve grown a lot in the last year as an artist and creator; I can’t wait to share that. I grew up around classical music and used to perform in choirs as a young kid, where I’d sing classical choral arrangements and folk music as well as a brief stint in opera. The hauntingly beautiful melodies and harmonic layers from those genres are inspiring motifs I try to constantly incorporate in my music wherever I can. ‘Nirvana’ to me is a blend of classical melodic moments with contemporary pop music.”