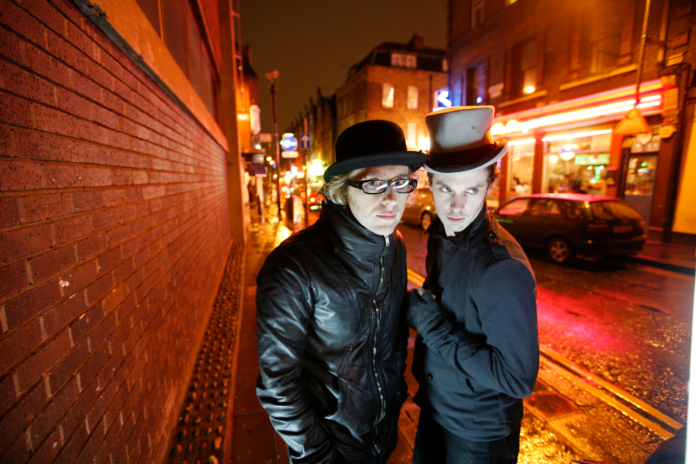 As the one track a month trend continues with The Young Punx, they release another song right on schedule. This one entitled ‘Drop it Hard’ is as all their releases, a seemingly incoherent fusion of genres and yet once you hear it, makes perfect sense.
To go along with the track, The Young Punx has dished up a side plate in the form of a mini video, which you can watch below. Trigger warning: This track will leave you feeling badass.
Hal Ritson, who spawned this project explains the birth of ‘Drop it Hard’ by saying,  “The vibe of this track was initially inspired by the drum sound of The Police’s Stewart Copeland in the very early 80s. At this time The Police had left behind their punk roots and were playing a unique kind of groove that echoed the danceability of disco, yet had a totally different sound where the drum kit was tuned super high and sat over the top of the bassline, the way that a pitched up jungle break does over the sub-bass in Drum and Bass today. We worked with our longtime drummer Alex Reeves (Elbow, Razorlight) to accurately recreate this rather unique drum sound and feel, and then built a fresh track around it. But the addition of dancehall MC toasting over the solid post-disco groove was the wildcard element that made the track pop and become a beast in its own right!”