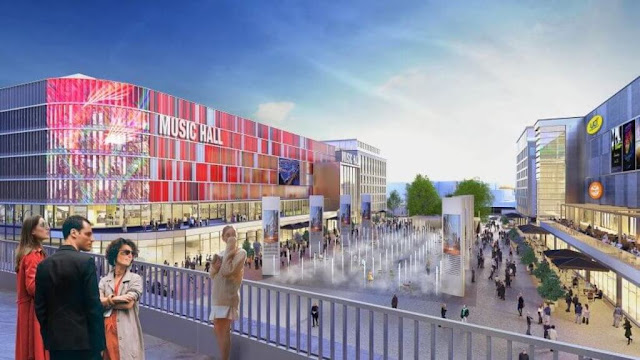 It has been reported that Berlin’s infamous nightclub could be threatened by a new “family entertainment” shopping mall bring built in the neighbourhood, Electronic Beats reports.
The disused land adjoining the Mercedes Benz Arena is planned for transformation from developers, developing it into a “Music Hall”, cinema, restaurants and the rest.
Turning the nearby area into a family-friendly zone could pose a threat to Berghain because of noise, drugs and alcohol although the development is due to finish in 2018 only which gives the world famous club at least 2 years before needing to shift elsewhere if need be!