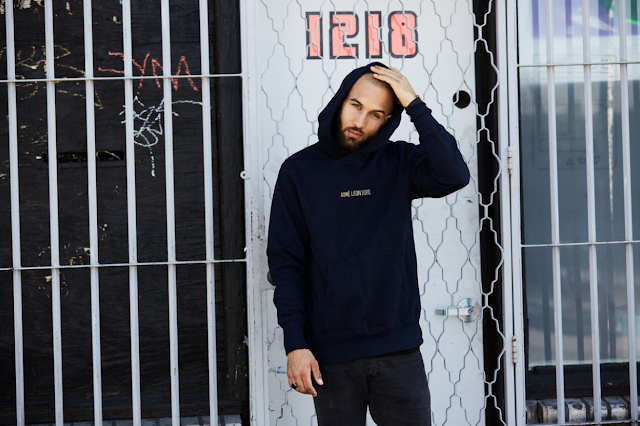 Fabian Mazur has been releasing tracks since 2010. Gaining support from artists such as Martin Garrix, Tiesto, & Afrojack, Fabian’s recent releases have been pulling in streams from all over the world! His sound is electronic and bouncy with a clear inspiration from HipHop & R&B.

In 2013, Fabian received a platinum-certification for his remix of “Chuck Norris” by Kongsted and in 2014 he began touring around the world. Furthermore, Fabian has been nominated 6 times at Danish DeeJay Awards 2014, 2015, 2016, & 2017 – “Mainstream DJ Of The Year” , “Urban Release Of The Year” and “Remix Of The Year”. Fabian also spends his time writing and producing for major artists around the world.

Having already released music on Spinnin’ Records, Armada and Lowly Palace in 2017 there’s no doubt that 2017 will be a big year for the young producer!

We had a chat to Fabian regarding his music, composing and what we can look forward to:

Hi there, how are you and what are you up to today?
Well hello there! I’m great, thanks. I just came home from a show in Rotterdam yesterday, so today I’m going to do what I always do: Work out and then go to the studio.

To those not familiar with you, how would you describe your sound?
I would describe my sound as bouncy electronic music with a twist of R&B and Hip Hop.

What are the 5 albums that have influenced you the most?
Okay so I was a huge Hip Hop head growing up, therefore I have to mention Jay-Z’s “The Blueprint II”. It was what got me into Hip Hop back in the day.. Besides that, my favorite albums are Khalid’s “American Teen”, J. Cole’s “The Warm-Up”, Kaytranada’s “99,9%” and of course Herobust’s newest EP/Album “Vertebreaker”.

Which other artists are you into at the moment and why?
I listen to a lot of different genres. Right now I’m really into R&B and hip hop like Khalid, Kendrick, SiR, Felix De Luca, Euroz, Bryson Tiller, etc… I also really love the new wave of people combining R&B and electronic music such as Flume, Cashmere Cat and Louis The Child!

Are there any key pieces of equipment that you are using to define your sound?
Actually I’ve always been a software guy. I’m a 90s kid so I didn’t really grow up with that much hardware in studios. My favorite tool on my laptop is XFER’s Serum plugin, I do 99% of my sound-design in that!

What would you say some of the challenges artists face today in the music industry?
Social Media is one of the biggest challenges for sure. It’s a funny situation because it’s never been easier for artists to get out there but at the same time it’s REALLY difficult because of the millions of people trying to be heard at the same time. Social Media sure takes some skill to master for artists and to build a legitimate fanbase is a tricky thing.. I do most of my networking through social media nowadays and that sure is a challenge as well.

Where do you gather songwriting inspiration?
I listen to A LOT of music all the time and in different settings. For instance, I got inspired this morning in the gym when I listened to a Diplo & Friends radio mix. I heard this sick tune and instantly felt the need to hit the studio and create a similar vibe! I also gather a lot of inspiration from my personal experiences. If you listen to my songs “Thinking Bout U”, “Right Now” and “Savior” they are actually all telling a story about a girl..

Take us through your songwriting process. Are there any particular steps you take when putting your music together?
I produce, write and sing myself so I usually start by playing the piano and creating some chords. Once I have the chords down I freestyle some vocals and melodies on it. From there I just build the track layer by layer, usually finishing with recording the vocals.

What’s the best gig you have ever done and why?
I played a show in Kiev, Ukraine back in April. It was SO sick, I’ve never seen crowd responses to my tracks like that. Every time the drop came in people went like “ahhhh” at 110 -db, haha!

And the worst?
Obviously as an artist you’ve played shows during your startup period that wasn’t great.. A lot of them!
However, my worst experience was back in 2014 where I was booked for show in Cyprus. It was going to be a beach party with thousands of people so it was by far the biggest show I had played at that time. When I got to Cyprus I had my bag stolen which held my laptop, USBs, Serato Soundcard, etc – I tried everything but I had to cancel the performance.. That SUCKED!

If you weren’t a musician what would you be?
Fitness coach/nutritionist or a chef. I’ve always had a BIG passion for food and been wanting to start my own take-away place for a while now!

Do you have any particular gigs or festivals that you dream about playing?
Tomorrowland, EDC or Coachella for sure!

If you could perform alongside any other band or artist, living or dead, who would it be?
Hmm, that’s actually a really good question. I would have to say Drake or Major Lazer I think! You gotta aim big, right?

Do you have any information regarding upcoming releases, projects or gigs in the pipeline that you would like to tell us about?
I’m working on so many projects right now that I can’t wait to share! I can’t go into specifics yet, but you can expect A LOT of new music from me this year!

Here are a few short stats on Fabian’s music career:

- Fabian’s tracks have been streamed more than 20.000.000 times in total.
– Fabian has released music on Mad Decent, Barong Family & Spinnin’ Records, amongst others.
– Nominated for more than 9 awards, including “Upfront DJ Of The Year”-Award in Denmark in 2014, 2015, 2016 & 2017.
– Fabian is platinum-certified for his remix of “Chuck Norris” by Kongsted.
– Fabian has released a lot of tracks with international support from Porter Robinson, Martin Garrix, Tiesto, Noisia, Galantis, The Chainsmokers, Bingo Players, Bassjackers, HeRobust, Zeds Dead, Don Diablo, Dyro, Ookay, R3hab, W&W, amongst many others.
– Fabian has played shows in Denmark, Sweden, France, Cyprus, Germany, Japan, Czech Republic, Poland, Greece, Hungary, Netherlands and USA.